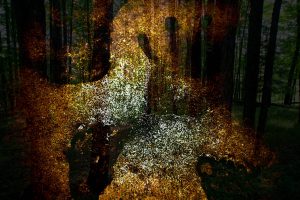 Like many children, I fell in love with the earth at a very young age. I vividly remember loving the mud on my hands and feet and face, and hiding in snow covered hedges, and bringing the earth that my mother would call dirt into the house, and the rain soaked-ness, and even the bitter cold winters in the Nebraska prairie. Looking back, I recognize the feeling of being one with the natural world, with the earth and rain and wind. Time went by and, as we all do, I learned to meet the expectations of society—working, having a family, paying bills. The assorted demands of daily life drew me further and further away from nature experiences such as those in my childhood, and deeper and deeper into the comfortable but artificial and soul-deadening world of indoor modernity. This process was gradual and I did not notice until the structures of the life I had been leading collapsed.

It was through these painful experiences that I rediscovered my love of nature. The forests, hills, streams, and mountains led me into the restoration process of authentic humanness and saved my life, giving me one worth living in the process. Today, I enjoy increased health, peace of mind, a sense of purpose, courage, deeper relationships at home and at work, a measure of freedom from the addictive demands of society, and an increased ability to deal with stress and anger. In short, I found “permission” in the natural world to move toward the horizon of who I actually am—an ensouled being in an ensouled world among other ensouled beings. The passion I have for Hilltending arose out of this personal experience of “falling apart,” psychologically and spiritually, in a collapse of the structures of my life that I had built up, and my rediscovery of a close and meaningful relationship to the natural world. 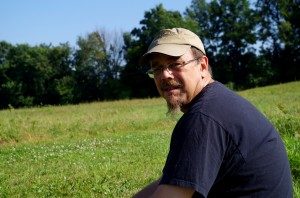 During the process of rediscovering my love of the natural world, I was only partly aware of the healing impact it was having. It was later that I realized it formed a part of my own econarrative that actually stretched back to my childhood. I came to return to nature and fully give myself to spending more time in nature, eventually incorporating it into my spirituality, and actively seeking ways to take increased responsibility for my ecological footprint. As I began to work more deeply with my econarrative, I became better able to understand my full relationship to habitat, and as I reflected on this, it occurred to me that if the suffering I had known at being separated from nature is widespread, as much evidence is indicating (source, i.e., Chalquist), so too could be the healing I had experienced. My work with clients confirmed this – one day, I spontaneously asked a client about his experiences in the natural world. As he told his story, I found similarities to my own, and so began also asking others. Patterns began to emerge in the different stories I heard.

These patterns clearly show that the suffering I felt at being separated from nature is widespread. This has created a deep concern for others and prompted my desire to contribute to the transformation and healing of our relationships to self, nature, the Other, and the sacred. I began working with others—from the Kerry National Forest in Ireland to the wooded hills of Germany to the wetlands and meadows of West Michigan—I have guided and been witness to many numinous experiences of ecotherapeutic experiences around the world. I have seen how tending to a conscious (re)engagement of relationship to the earth can heal and how it can inform helping others in addressing the opposing demands of modernity and nature. 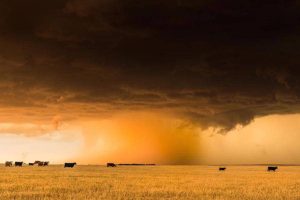 The call to my work and the passion I feel for it is held in the image of the horizon. I grew up in the Great Plains of Nebraska, where the horizon is almost always visible and the flatness of the landscape makes the sky big, giving the clouds and stars and milky way enough room to do daringly magnificent things. As a young adult, the mystery beyond the Nebraska horizon lured me away to explore the world. It took time to adjust to the sharp contrast of the undulating and overlapping forested hills of Germany, where I lived for many years, but they too eventually called me to explore the beyond, and to find my way between them. While living in France, the mountains of the French pre-alpes in Provence presented a ragged collection of peaks stabbing into the sky, holding the secrets of their other side close to their chest, while the openness of the Mediterranean teased with hints of the exotic beyond.

Horizons can never be captured. Just when we think we reach them, they disappear. New ones always seem to appear though, telling us where we are and inviting us to explore the beyond. The inner and outer worlds of psyche, earth, and cosmos meet in the horizon and form the limiting – and liberating – containers of existence. Moving back toward and remembering the horizon of the natural world led me into the therapeutic restoration process of being an ensouled being in an ensouled cosmos among other ensouled beings.  Inner and outer horizons have always unfolded together in a dynamic conversation that has brought healing, has helped me know where I was, and has constantly invited me deeper into the world. Horizons have always spurred ideas and a sense of potentiality, possibilities of creativity in self, earth, and universe.